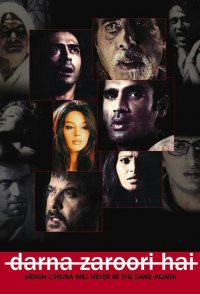 Pahwa is a film buff. He watches every new release in the night show on the first day itself. Just as he readies himself to visit a nearby theatre to catch the new release Darna Mana Hai, his mother cautions him against taking the route via the graveyard. It also happens to be Friday the 13th and Amavas ki raat (new moon). Pahwa dismisses his mother's plea since he doesn't believe in ghosts and goes through the graveyard, making fun of the dead and hitting a tree in the cemetery. The movie is boring and ends with no incident, but on the way back, for some reason he's a little more nervous than usual. He hears strange noises and someone seems to be pursuing him.