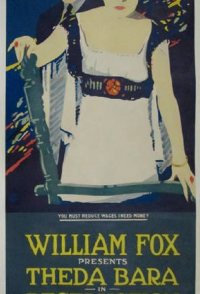 Young college student known as "Jack," John Froment III, learns that his father, a wealthy mill owner, has married the temptress Ferdinande Martin, he warns his father, but Ferdinande claims that she earlier refused Jack's proposal, and Froment disregards the warning. After Froment complains about Ferdinande's extravagances, she convinces his manager, Deleveau, who desires her, to reduce the workers' wages. A strike is called, which to Ferdinande's delight, worsens Froment's serious heart condition. After Dave Walker, a worker who abuses his wife Josine, is wounded during a riot, Jack befriends Josine and urges his father to settle. When Ferdinande accuses Jack of trying to ravish her, Froment orders Jack out, and decides to change his will to favor Ferdinande, but Froment's invalid grandfather sees Ferdinande try to poison Froment, and warns him. After Froment sees Ferdinande embracing Deleveau, he locks the original will away, and dies. Later, Ferdinande convinces Walker that Jack ...