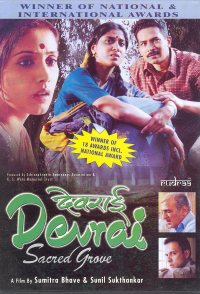 Shesh is a was intelligent boy who grew in the village with his mother sister Seena and cousin Kalyani.He loves spending his time in forest with the nature.Shesh starts to like Kalyani upon knowing this his mother asks Kalyani to go back to her father's house.Shesh creates a imaginary world of Devari a sacred mangrove and asks money for research from his mother.His mother refuses it as she has to get Sheen married.Shesh slowly becomes lonely after his mother's death and Sheen's wedding and believe's villagers will destroy Devrai.