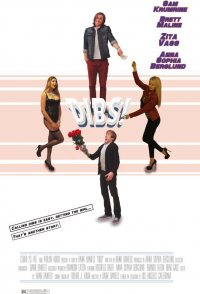 "Dibs" is a romantic comedy about two adopted brothers Brandon and Cole. Cole is a ladies man, and Brandon not so much - one day they both meet a new girl and Brandon calls "Dibs" on her. Cole tries his best to stay out of the way but the girl winds up falling for him anyways. This devastates Brandon and Cole decides it would be a great idea to hire an actress to pretend to like his brother Brandon in an effort to make things right and boost Brandon's confidence.