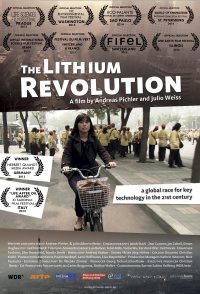 'The Lithium Revolution' approaches current issues as for example environmental problems, the scarcity of resources and the population growth. The focus, however, is within the general claim for prosperity within the emerging countries. This film does not just name the problems but also offers a possible solution. Environmental friendly mobility, which major problems are high efficiency batteries. It is a smart and eye opening documentary about the connected structures within a global environment and market.