Dirt: A Season Inside the Devil's Bowl ratings (Movie, 2005) 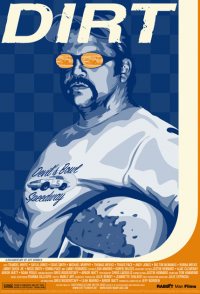 "This is real. It's blood, sweat, tears, mud, dirt, beer." -- Travis Pace, #17. DIRT, a documentary by Jeff Bowden, follows a season inside the soul of American auto racing-the World Class Street Stocks-at the legendary Devil's Bowl Speedway, in Mesquite, Texas, as the racers careen on and off the track toward the season championship. "That's the original class at Devil's Bowl. That's where it all began, in a stock car. You took an old car, beat the windows out of it, and said, 'Okay, you sons-of-bitches, let's have us a race.'" -- Thomas Weeks, #5x. The title captures the heart of the film--DIRT is about primal forces: horsepower and ego, passion, fuel and fire. The racecars are usually held together with duct tape. There's nothing fancy about these cars: "No power steering. These guys never heard of driving with power steering. I'm telling you. These were stock car drivers! Hairy-chested racecar drivers! I mean men. I mean, they'd get in them racecars and beat it up." -- Thomas ...