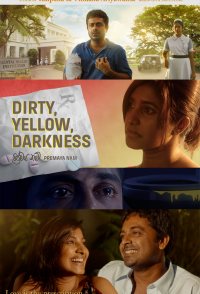 Well-educated Vishwa has a successful career in advertising and a beautiful wife, Samadi. But he suffers from severe obsessive-compulsive disorder, which he painfully conceals from the world on a daily basis... specifically, he fears that his own urine is contaminating everything around him. Unable to endure his eccentric and strange behavior, Samadi leaves him and moves in with her parents who strongly encourage her separation from Vishwa and angrily blame his parents, whom they believe conspired to hide his illness until his marriage. Lonely Vishwa loses his job and descends into a life of prescription drug abuse. His illness and addiction escalate, leaving him with little choice - Vishwa reluctantly admits himself to a public mental hospital, knowing there will be heavy social consequences in a culture that greatly stigmatizes mental illness. At the hospital, Vishwa's eye-opening, and often hilarious, encounters with the other patients gives him a new appreciation for life, helping...