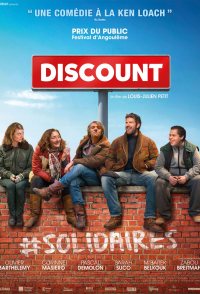 The news causes consternation among the checkout assistants at Discount's, the local supermarket run by Sofia Benhaoui. Not only do they risk being made redundant due to the installation of automatic pay stations but they are also put in competition to determine who will stay who will be fired. The situation is intolerable, which drives several cashiers to react. But what to do?... After a heated debate, Christine (who has economic difficulties), Alfred (the oldest of the group and the most likely to be laid off), Emma (a single mother) and Momo (a young French Arab) agree to their co-worker Gilles'proposal: to steal goods from the supermarket and sell them at a low price in a social grocery of their own.