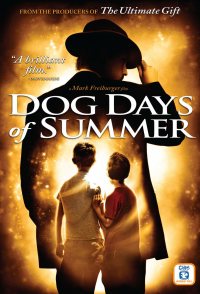 As Phil Walden wanders the streets of his deserted hometown, the memories of a fateful childhood summer return. The summer he grew up. The summer that turned this once idyllic paradise upside down. The summer the stranger came to town. This stranger doesn't beg for change, peddle ointments or speak soothe, Eli Cottonmouth builds models - enchanting models, and this sleepy southern town will be the perfect subject. His charm bewitches the townsfolk. His intentions concern the town fathers. And his secrecy captivates two curious boys. As Eli works to re-create the true essence of the community, the boys act as his eyes and ears. Armed with his ancient camera, they snap vignettes of small town life. But, shot-by-shot, Eli changes the way they look at the town. Childish wonderment turns to despair as the boys' eyes open to the true nature of the world around them. That understanding, and Eli's hidden purpose, threaten the existence of the entire town.