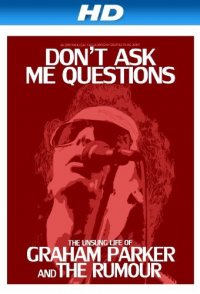 THE FOCUS: Graham Parker has recorded and performed non-stop for the last 35 years. Refusing to compromise, Graham marched to his own drum. Together with his passionately remembered band the Rumour, Graham was the inspiration for artists that followed him. But in the end he defied the movement that he helped spark. And when the music business continued to change beyond recognition, he remained true to his musical vision. A modern troubadour, Graham releases new music almost on a yearly basis, while touring small clubs around the country to a die hard fan base. THE TWIST: Graham, at 59 years old, has had a slight change of heart. He just may be ready to go commercial. Leaning on his publishing company to place his music in ads and TV shows Graham makes his last attempt at selling while not selling out. The film documents the history of his independent spirit and defiant optimism, celebrates the sincerity of his music and delights in his self-deprecating wit.