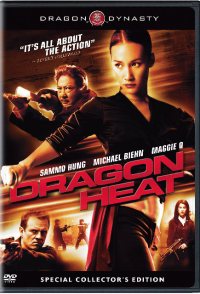 A team of young Interpol agents arrive in Hong Kong to give testimony at the trial of local crime lord 'Puma' Duen. Among them are American agent Andy Hui, Taiwanese cop Vanness Chang, and local lawman Lok. They are greeted by Hong Kong police commander Hon Sun. The heavily armed convoy taking Puma to court is attacked by a ruthless team of North Korean agents, led by international terrorist Petros Davinci. Petros is seeking revenge for his brother in arms, who was killed by Puma and his brother, 'Tiger' Duen. At Petros' side is his fierce enforcer, Ko, and a lethal lady sniper, Song. After Puma is snatched, the Interpol team insists on tracking down Petros themselves. Hon Sun rejects their request and places the team in the care of veteran police officer Kong Long. A burned out cop who has never come to terms with either his personal or professional history, Long Kong is reluctant to get involved. Finally, inspired by his young charges, he rises to the occasion, and leads the ...

Indiana Jones and the Kingdom of the Crystal Skull
Total votes: 419,640
Average rating: 6.1