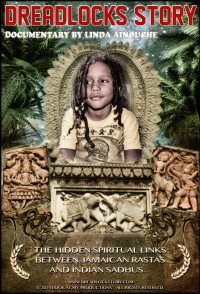 An exploration of Rastafari culture, Dreadlocks Story examines the surprising spiritual links between Jamaican Rastas and Indian Sadhus. Dreadlocks, originally created in response to British colonial rule, are a vital form of self-expression born from a time of persecution. This never before seen perspective on the dreadlocked people of the Rasta movement honors the struggles and triumphs of a subjugated people. There are many misconceptions and judgments about the Rasta way of life, but few have taken the time to understand the meaning behind their behavior. Hairstyle is the most universal and unavoidable form of body art. It is also one of the most interesting and commonly misunderstood. How and why can it be subject to prejudice and massacre? Filmed across four countries (France, India, Jamaica, and the US) in four languages (French, Hindi, Jamaican Patois and English) with four local crews, Dreadlocks Story has a unique, multi-cultural take on one of histories most fascinating ...