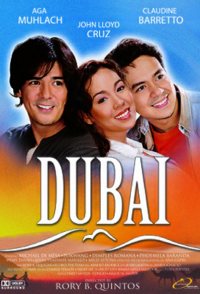 THEIR DREAM BINDS THEM. THEIR HEARTS TEAR THEM APART. Raffy and Andrew were orphaned as kids and had only each other to depend on. Raffy has spent the last nine years of his life working in Dubai. His ultimate goal is to fulfill a lifelong dream: to eventually move to Canada with his younger brother, Andrew. The Alvarez brothers are finally united when Andrew goes to Dubai. In Dubai, Andrew meets Faye, one of Raffy's many girlfriends. They hit it off well despite of their age difference. She becomes his guide, comfort and lover. Seeing the two together Raffy realizes that he still loves Faye. When Andrew discovers that Raffy still loves Faye, conflict arises between the brothers, almost severing the ties that bind them. In the end, what they choose and achieve are not as planned. But their experiences in Dubai lead to new beginnings in their lives

The Passion of the Christ
Total votes: 213,116
Average rating: 7.2
Switch to mobile version