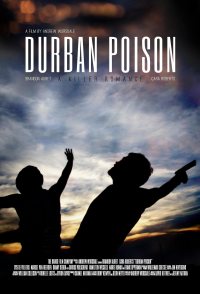 Based on the 1980's real life crime story of the couple who became known as South Africa's Bonnie and Clyde, Charmaine Phillips and Pieter Grundlingh, Durban Poison tells the fictionalized story via a road trip during the police investigation, where the killing couple show the police the different murder locations of the four men they killed. The savvy police officer in charge does not believe their accounts of what took place and, through flash-backs that slowly peel away the masks to reveal the passions and wounds of Joline and Pieter, the truth finally comes out in a dramatic final beach scene.