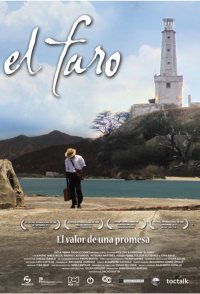 At the top of a solitary stone island, called Morro of Santa Marta, is a lighthouse that with its light sets the times and illuminates the story of our four characters: Angel, the old lighthouse keeper whose days are numbered and has still a promise pending to fulfill; Dolores, the woman who abandoned him twenty years ago vowing never to watch him again, and Genaro and Ophelia, two castaways forced to choose between a dream of love in a distant land and the duty to safeguard the dignity of this lonely place forgotten by the world. Is the story of men who do not want to resign to their duties and women who do not want to quit their dreams.