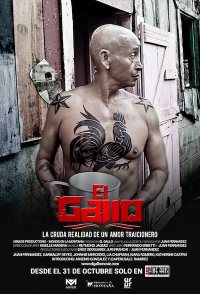 Gallo has to returned to his homeland, Dominican Republic, deported from the US after serving 25 years for a crime, after being implicated by his wife and former friend. Upon his return, he is thrust into the underbelly of contemporary Dominican life, where he meets Gaby and a fierce group of trans prostitutes and drug dealers living on the edge. Our hero is an imposing and resolute character by the way he faces life and a corrupt society that tries to tag him, ostracizing him under the excuse of social morality. Secrets from Gallo's past begin to unravel, and become more clear, forcing him to forge new and strange alliances with the cunning, resilient and unpredictable ladies of the night.