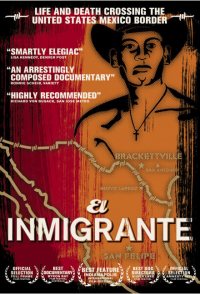 "El Inmigrante" is a documentary film that examines the Mexican and American border crisis by telling the story of Eusebio de Haro a young Mexican migrant who was shot and killed during one of his journeys north. The film presents a distinct humanitarian focus in which story and character take precedent over policy and empiricism. Towards this end "El Inmigrante" examines the perspectives of a diverse cast of players in this border narrative. A cast which includes the de Haro family, the community of Brackettville, Texas-where Eusebio was shot, members of vigilante border militias in Arizona, the horseback border patrol in El Paso, and migrants en route to an uncertain future in the United States.