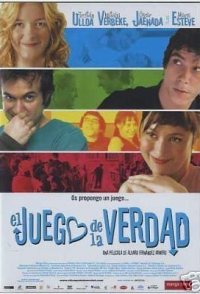 Four friends (two couples) play a game of truth on the evening after one of them, Ernesto, is mistakenly told by a doctor he has only three months to live. Ernesto's a sad sack, living with Lea at his parents', about to lose a job he got through his best friend, Alberto. Ernesto is also hopelessly in love with Alberto's fiancée, Susana - who, for her part, has gotten Lea a job as the sign-language interpreter on a local TV news show Susana anchors, a job Lea is about to lose. The truths that come out during the game, especially Ernesto's desire for Susana, create havoc. Alberto and Susana's wedding and Ernesto's new test results are coming soon. What to do?