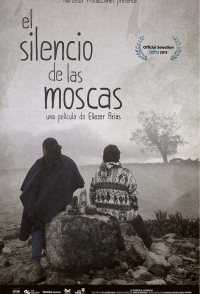 There is no greater tragedy for any mother than the loss of her child. Against the majestic backdrop of the Venezuelan Andes, Marcelina and Mercedes recount the story of their daughters Nancy and Maria José. At the precarious age of 15, the two girls decided to end their lives. Director Eliezer Arias places their deaths in the broader perspective of rural communities where suicide is taking on epidemic proportions. It is the young men in particular who are drinking the pesticide Parathion to bring an end to a hopeless situation. A father of 13 children explains that only two of his five sons are still alive. Flies and suicide are everywhere, but no one talks about them. This fraught silence echoes through the design of the film. Those left behind stare into the lens, silent and immobile. Intercut with shots of the magnificent scenery and photographs of the deceased, the scenes from daily life combine to create a calm and associative sequence of images. In the accompanying voice-over, ...