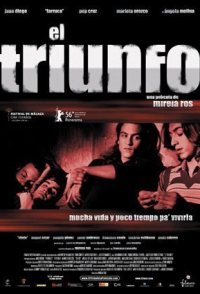 Barcelona, 1980s: in a tough urban neighbourhood inhabited by survivors and ruled by ex-legionnaires Gandhi, Fontán and Andrade - who are fighting a war for control of the streets - Nen and his friends Palito, Topo and Tostao dream of making it big in the world of rumba. But Nen discovers why his father, El Guacho - of whom all Nen has left is the memory of his brilliance as a rumba singer - disappeared many years earlier. He learns how the relationship between his mother, Chata, and Ghandi, leader of the neighbourhood, was connected to his father's disappearance, and so Nen is forced to balance his own desire for vengeance with his longing to triumph.