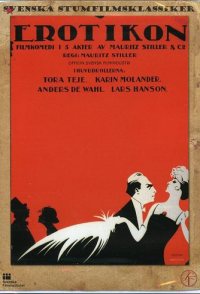 EROTIKON surely pushed the boundaries of what was acceptable on the screen in 1920: Irene, the bored wife of a distracted entomologist, pursues a womanizing aviator, but she may actually be in love with Preben, her husband's best friend. Meanwhile, her husband seems to be getting unusually close with his own niece. Stiller obviously delights in teasing his audience with each scandalous plot twist and every salacious leer, and the result is a deliciously subversive comedy that was very much ahead of its time.