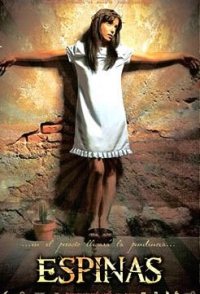 On her 15th birthday, Magdalena - a traumatized girl who has never cried - must make a decision: stay with her beating and alcoholic father Luis, or run away with Carlos, a small time crook who has sexually abused her. Magdalena's story interweaves with Gabriel's story, her older brother, a shy, homosexual adolescent, who works as prostitute in the streets while maintaining a bizarre love relationship with Huker, a police officer following the tracks of Carlos... "Thorns" is a story about violence, drug addiction, prostitution, alcoholism and family disintegration; every day problems of a megalopolis like Mexico City...