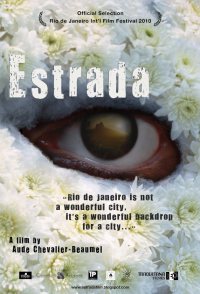 The increase in the traffic of weapons, the profit of drug trafficking, the corruption, police violence, the State indifference and inaccessibility of consume goods, explain why the young who live in the favelas or suburbs of large Brazilian cities have a higher risk than others of being shot. More than half the Carioca population approve of armed police intervention to combat drug trafficking and think that the bandits should die and ignore the average of 20 gunshot deaths a day in Rio De Janeiro. The ESTRADA film gives a name and a story to these anonymous deaths and pays them homage and respect. Victims, fallen heroes or martyrs from the same city, they never cease to be the children, the brothers, the sisters, the friends, the husbands or the wives so terribly and unfairly absent. With this tragic reality how can we deny that the pain is not also our own?