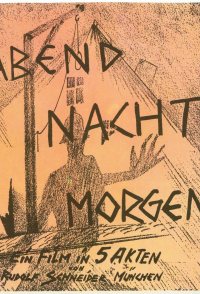 Cheston, a millionaire, is looking after Maud, a beautiful woman from the 'demimonde'. Her brother, Brilburn, forces her to ask her rich admirer for an expensive piece of jewelry. Cheston buys a precious pearl necklace, which he proudly presents that evening. Prince, a bankrupt 'bon vivant', hatches a plan to steal the necklace. He breaks into the Cheston mansion, but is surprised by the owner. Prince strikes Cheston to the ground. To make the crime look like suicide, the robber hangs his victim and makes off with the necklace. That very same night, Brilburn breaks into the Cheston mansion with the intention of stealing the necklace himself. He finds Cheston hanging, and takes him down from the rope. While trying to flee the crime scene, he is caught by the police. Cheston, who had actually only fainted, calls Detective Ward. At first the detective suspects Brilburn, whose dagger was found on the crime scene. In the end, however, Ward uncovers a piece of evidence that leads to the ...