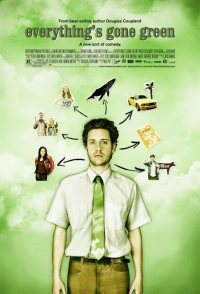 Twenty-nine year old Vancouverite Ryan Arlen is floundering in life. As a result, his girlfriend dumps him, she kicks him out of their apartment, and he is suspended from his mindless office job all on the same day. But Ryan thinks his life is turning around when out of a fluke of circumstances he is offered a job working for the provincial lottery corporation, and his real estate developer brother, with who he has a somewhat strained relationship, allows him to be the live-in caretaker of an empty upscale condo complex. After the initial euphoria, Ryan questions whether these new situations are just a continuation of his boring middle class existence, especially when others around him, such as his parents (his father who also recently lost his job) and his best friend, a slacker named Spike, are displaying a new found entrepreneurial spirit regardless of the actual business ventures. So when Bryce, a golf course designer that he met recently, offers him a lucrative business ...