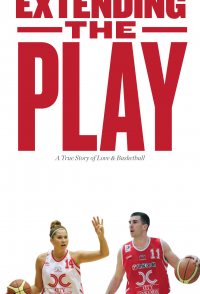 EXTENDING THE PLAY is not about basketball. It is a unique story about redemption, opportunity, passion, love, humility and the trials and tribulations that arise while chasing a dream. The story examines the lives of Kasey and Bracey Ulin, a husband and wife who are currently two of the top basketball players in Luxembourg. Coming from opposite coasts in the USA, they both have intriguing individual journeys leading up to their introduction in 2007 while playing in Germany. They have went through some major conflicts since meeting, even finding themselves away from basketball during the prime of their careers. But since, have returned overseas to finish off their amazing storybook careers. Currently, Kasey seems to be getting better with age. He is the leader of his team and a mentor to the younger players. But at 31, he knows the end of his career could be approaching quicker than he'd like. Bracey plays a similar role on her team. She gets better and better every season, but cannot...