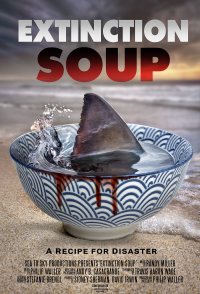 "Extinction Soup" follows documentary filmmaker Philip Waller on his quest for adventure as he sets out to tell the story of his larger-than-life friend and extreme sports legend, Jimmy Hall. The film quickly takes a surprise turn when Waller finds himself consumed with exposing to the world an environmental catastrophe in the making - the extinction of the oceans' shark population through the mass slaughter of these magnificent animals for their fins. Waller documents the efforts of conservationist Stefanie Brendl as she fights to educate lawmakers and help pass ground-breaking legislation that will curb the consumption of shark fin soup, considered a delicacy in many Eastern cultures, and the impetus behind 70 million sharks being killed per year.