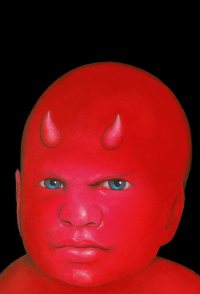 Face Addict tells the story of a unique and unrepeatable experience, that of the artistic community in New York between the late '70s and early '80s known as the downtown scene. From this scene emerged artists such as Jean-Michel Basquiat, Keith Haring, Jim Jarmusch, Deborah Harry, John Lurie and many others. With them Edo Bertoglio shared many experiences and passions. F ace Addict, a walk-movie following the thread of memory, tells about the past and present lives of Bertoglio and other protagonists of the downtown scene, through personal reminiscences and original footage and photographs. In this journey toward the rediscovery of New York 20 years later, on the traces of a time long gone and a scattered community, Bertoglio is accompanied by his friend Walter Steding, Andy Warhol's ex-assistant, avant-garde painter and musician. The soundtrack of the film is by John Lurie, Evan Lurie and Franco Piersanti.