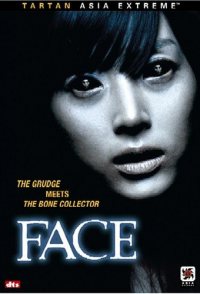 Lee Hyun-min, who works reconstructing faces from their skull, quits his work in a institute to stay with his Beta-allergic daughter Jin that was submitted to a transplant of heart by the specialist Dr. Yoon. The newcomer researcher to the institute Jung Sun-young comes to his house bringing the skull of a victim of a serial-killer that had her whole body melted down with acid by the murderer. Hyun-min refuses the assignment, but he is haunted by the ghost of the victim and scared he decides to reconstruct the face of the woman. When Jin has trouble with the transplanted heart, Hyun-min requests the donor case history to Dr. Yoon, but the doctor refuses to give the information, claiming confidentiality issue. Dr. Yoon becomes the prime suspect of Detective Suh, who is in charge of the investigation of the murder cases, and he discloses the identity of the victim based on the reconstructed face. Meanwhile Hyun-min has a premonition and finds another skull buried a long time ago below ...