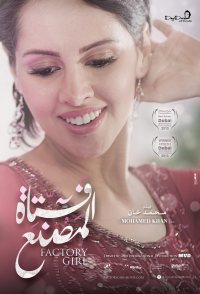 Hayam is a factory worker who is living in a low middle class area, along with other factory girls. She thought that her feelings for the new supervisor in the factory can grow bigger in spite of the class differences between them, and although he shared some feelings with her but the cruel reality calls when a pregnancy test is found in the factory and because she did not hide her feelings, everybody accused her of being a sinner even her close friends and family. The factory girl does not want to defend herself and that made her pay a big price dealing with a society that does not accept proud women.