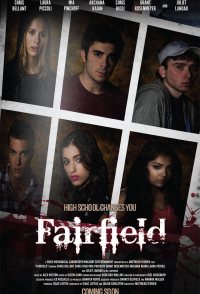 When a zombie outbreak claims the life of his older brother, Gabriel Cooper, played by Chris Bellant, is forced to make his way to his school in search of his girlfriend. Upon arrival, he finds the school infested but is rescued by a small group of students who have barricaded themselves in the library. Gabriel has a hard time getting the group to take this event seriously until a familiar face and a split second decision make them all realize how dire their situation really is. As food supplies dwindle, old rivalries resurface, and one of their own begins lash out, the kids come to understand that escape may be their only means of survival and that confronting them demons within themselves may be their only way of doing so.