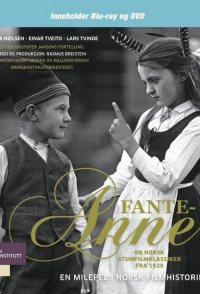 The story of an orphaned girl brought up by the Storlein family. Young Anne (Asta Nielsen) is brought as an infant to the Storlein farm by her mother, who has been traveling and is in need of a rest. The two are turned away at the door, and the mother takes her young daughter to the barn to sleep. The farmhand Jon discovers them in the morning but the mother has not made it through the night, so young Anne is taken in and raised by the family. She is a rambunctious little girl, always getting her younger (step) brother into trouble. Finally mother Storlein has had enough, and lets slip that she never should have taken Anne in. Young Anne goes to Jon and learns the truth of her arrival at the farm. Years pass, and she and her younger step-brother are now smitten. But Jon, the farmhand who found her in the barn all those years ago is also in love with Anne. Anne will be betrayed by one and saved from a life in prison by the other, and in the end will find true happiness in a new land.