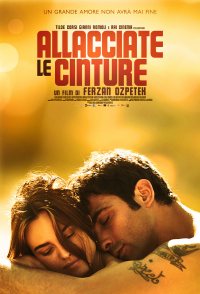 Elena (Kasia Smutniak) and Antonio (Francesco Arca) seem not to be made for each other. They are too different in terms of character, life choices, worldview, and the way they relate to others. They are total opposites. However, they are overwhelmed by a mutual attraction they're trying hard to avoid; but to which they succumb to. This dramedy on relationships also gets a very credible performance from Paola Miraccione, who plays the tragic, albeit funny, character Egle.