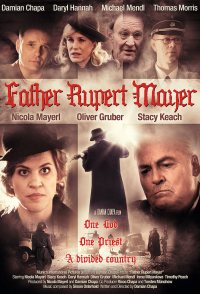 Father Rupert Mayer (Oliver Gruber) served in World War I and was awarded the Iron Cross dedicating his life to the Eastern Front, where his leg was taken from him during battle. Father Mayer spent many years during World War II preaching sermons against the powers to be, the Third Reich. Father Mayer is warned to stop preaching his anti-Nazi sermons and ends up in prison three times, where he suffered under the Nazi regime. Father Mayer gets released by the spiritual and mental help of a fellow Jewish prisoner (Michael Mendl) and Father Mayer vows to never stop preaching sermons against Nazi Germany and ends up in Sachsenhausen concentration camp as a result of his relentless courageous exertion for human rights.