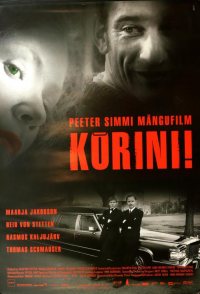 When a German long distance truck driver, who's suffering from a midlife crisis and slightly suicidal, leaves Germany for his last trip, he has no idea that certain uninvited companions will join him on the road - an Estonian cellist who has come to Germany to try her luck and has just been fired by her conductor boyfriend, a clumsy Estonian bank robber who accidentally drops the booty in the truck, and a weird German undertaker who tries to persuade the latter to do the right thing. Willing or not, they all reach Estonia, where some enlightenment is in store for them.