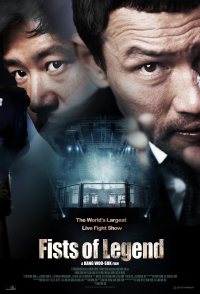 On a television show billed as "the greatest fight show on Earth," eager amateurs with lots to prove boldly step into the ring and expect to leave bloody but victorious. The ratings hungry producers seek out "legendary" but largely forgotten streetfighters and mine their desperation for recaptured glory and redemption into ratings gold. Three old friends and rivals from high school days who get their invitation to the big fight for the chance to win $200,000 and much more. 25 years later - Deok-kyu, whose Olympic dreams were dashed, now runs a struggling noodle shop. Jae-seok who always wanted to be number one but still finds himself in a third-rate gang. And Sang-hoon, a thug turned corporate executive who must go back and find his bloodlust one last time.