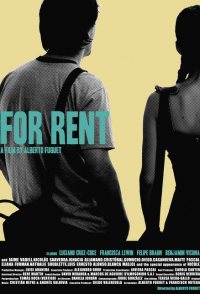 Gastón Fernández has arrived at 34 without too much to show or brag about. He has no money, job, girlfriend, friends or life plan. He's a composer that doesn't compose. The one-time "most likely to succeed" at Santiago's Musical Conservatory has passed from promise to failure. He feels he is beginning to wander alone. Isolated and detached. Gastón feels that everyone judges him and see the word loser tattooed on his forehead. At the same time, an alter-ego, a sort of doppelgänger, haunts him. A young man, in a long, black coat, walks in a empty city that watches each and every one of his steps. A city that's in black and white. A city that is and is not Santiago. Is this strange, empty and foggy city part of his past or is it an invention? What seems a dream or a nightmare is actually a movie: The Killer Ants, a film directed by Luc Fernández, his cousin, many years ago, when everyone was young, idealistic and thought that things would turn out differently. But things change and so do...