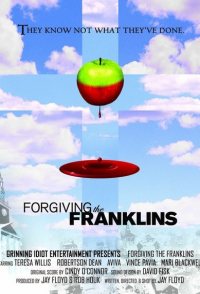 The Franklins are Bible belt Christians: Frank's a lawyer, Betty's a homemaker focused on her children and her church, Brian is a senior who plays football, his younger sister Caroline is a cheerleader who thinks she's fat, prays often, and is impatient with God. When the family is in a car crash, all but Caroline are in a coma during which they see Jesus who removes their inhibitions and their piety. Awake and refreshed, Frank, Betty, and Brian discover their sexuality, their independence from Sunday worship and formal prayer, and the ability to talk frankly. Caroline - and her godmother, Betty's best friend, Peggy - are horrified. Can Caroline be saved, and the Franklins forgiven?