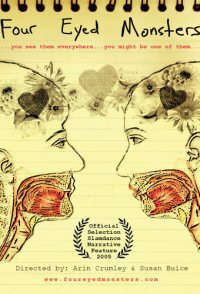 Apathy, technology, paranoia, disease and medication. Meet Arin. Arin is a shy videographer who finds it too much to handle to go out and meet girls, so he sets up an account on meester.net. The flood of responses never comes, save for one email from Susan, a struggling artist who finds her job as a waitress stifling her creativity. Susan is also on the shy side and is seeking an alternative to the classic dating situation. When Arin and Susan finally meet, that alternative dating situation comes to life as the two refuse to communicate verbally with each other, wanting to avoid bullshit small talk. Instead, when they do need to communicate to each other, they pass a pen and pad back and forth.