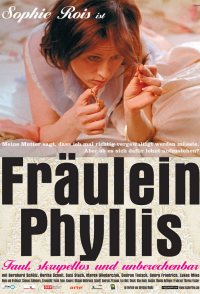 'Clemence M. Schönborn''s first feature film is a typical Austrian black comedy, dealing with an easy-going forty-something, who likes playing games with others, which has serious consequences... Phyllis, in her early 40s, still lives together with her mother, whom she loves and hates at the same time. When she gets to know Henry, supporting actor of a soap opera, she pretends to love him, but sleeps with the show's lead actor Walter, whom she finally runs over with her car, which makes Henry the show's new star - and the new lover of the lead actress Doris. However, Phyllis isn't done with him...