Frisbee: The Life and Death of a Hippie Preacher ratings (Movie, 2005) 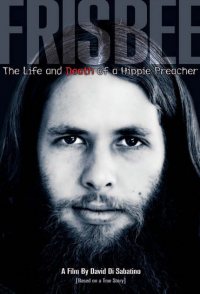 Lonnie Frisbee was a young hippie seeker fully immersed in the 1960s counter culture when he claimed to have experienced an encounter with God while on an acid trip. This event so transformed him that Lonnie became an itinerant Christian evangelist, something of a John the Baptist of Southern California who compelled thousands of fellow spiritual seekers to make a profession of faith in Jesus Christ. During the 1970s Lonnie Frisbee became widely known as California's "hippie preacher," the quintessential "Jesus freak" whose pictures frequented such magazines as Time and Life as the media told the story of a burgeoning "Jesus movement." Lonnie Frisbee provided the charismatic spark that launched the Calvary Chapel church into a worldwide ministry and propelled many fledgling leaders into some of the most powerful movers and shakers of the evangelical movement. During the 1980s Lonnie was at the center of the "signs and wonders" movement, one that focused on reviving the practice of ...