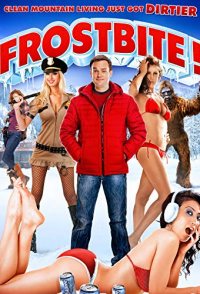 Frostbite is about a schizophrenic teen who must prove a killer yeti urban legend is a hoax after coming face to face with a costumed yeti. Jake Elomaa is told he and his family are moving to Finland when they discover their grandfather passed away and left his Finnish manor in their name. Upon arriving in Finland, Jake learns about the urban legends surrounding the town-there is a wild Yeti on the loose, killing village people. Jake comes in contact with what he thinks is the Yeti but it turns out to be a hoax; it is only a man in a Halloween costume, pretending to be the Yeti. Jake must prove to the village, the mayor and his family that this is only a hoax but also figure out what is really killing these people BUT no one believes him because he is schizophrenic. Is it the dude in the costume? Is it a bear? Or is it all in his head?