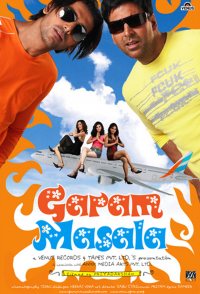 Shyam and Makarand work as photographers in a commercial advertising agency. Both of them like to fool around with women, even though Makarand is engaged to be married to a doctor named Anjali. In order to outsmart each other, they two get into a competition of shooting a photograph, and Sam wins it, goes on a trip to the United States of America. Upon his return, he finds that Makarand is living a very enviable lifestyle with three of the most beautiful girls, who also work as air-hostesses. Sam meets them all, and finds out that the trio are unaware of each other, falls in love with Pooja; and begins several moves to upset Makarand lifestyle, and possibly get promoted as a Supervisor.