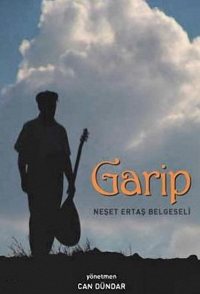 "Strange" has been written and directed by Can Dundar and it has three sections, "A Separation", "A Destitution", "A Death", documenting Neset Ertas' musical journey. Shootings of locations where Ertas lived, footage of the musical master Muharrem Ertas and various other rich visual material enrich the value of the documentary. This is a considerably valuable work to document and archive the life of one of the most important bards of the Turkish cultural history and folk music.