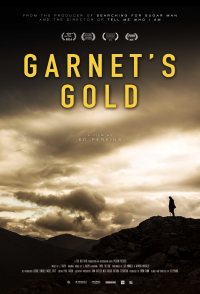 Armed with bundles of ancient maps, a leaking boat and a failing heart, GARNET'S GOLD follows one extraordinary man's quixotic and recklessly brave adventure in search of hidden treasure, in a belated rite of passage to reclaim his soul and to rediscover the meaning of his life. From the Academy Award winning producer of SEARCHING FOR SUGAR MAN and MAN ON WIRE, this documentary film touches upon universal themes: dreams, inspiration and the resonating power of hope.