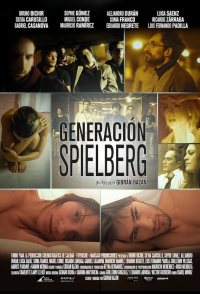 Five intertwined stories. A couple of lovers stays 24 hours under the sheets emulating Yoko Ono and John Lennon. A well to do girl is trapped in an elevator with a messenger and an accountant, with whom she falls in love. A group of writers get drunk with mezcal in a van, recalling their eighties times. A psychoanalyst locks herself in the bathroom to commit suicide and an executive and mother hides in the brooms closet of her office to heal her broken heart with wine. They are related with each other and communicate with their cellphones.