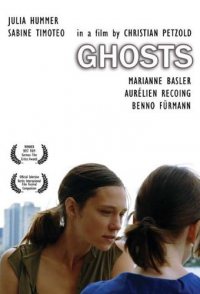 Nina, an end-of-teenage orphan with mental problems, starts a new job as a garden cleaner when she meets Toni. They fell in love with each other, but soon Toni starts betraying Nina. In the meantime, Francoise is picked up at a psychic department of a Berlin hospital by her husband, Pierre. After seeing Nina, Francoise believes that she has found her kidnapped daughter Marie, but neither Toni nor Pierre believe her. Nina is unsure about what to think...