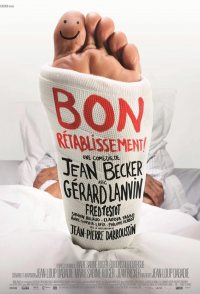 Pierre, a sixty-year-old technician on an offshore oil rig, has become a misanthropic loner. He had a wife but she died after a breakdown whose seriousness he had more or less deliberately overlooked. He had a lover, beautiful concert pianist Florence, but he left her without giving her any explanations. Now his only life companion is an alley cat he has adopted. One day he is the victim of a strange accident and finds himself immobilized in a hospital bed. Pierre is horrified but what he does know yet is that this hated hospital room will gradually become the place of his return to life.