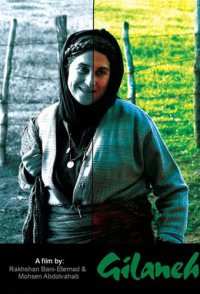 A mother's courage, hardship, and love, in times of war. In 1988, during the Iran-Iraq war, Gilane escorts her pregnant daughter, Maygol, from the relative calm of their village, Espili, into war-torn Tehran to search for Maygol's husband, Rahman. The journey is arduous and what they find when they reach the capital is dismaying and frightening. Fifteen years later, as another war begins in Iraq, Gillane is at home caring for her son Ismael, who suffers from epilepsy, a byproduct of war. As she cares for him, she hopes for a visit from the doctor and from another daughter, Atefah. "Better be a dog than a mother," she says.