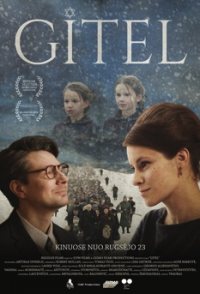 5th September 1969, and Gitel Bargman is about to attend a party to celebrate her 33rd birthday - although for her it is hardly cause for celebration. She is racked with guilt for simply being alive. Attractive, intelligent and witty, Gitel is a successful violinist who lives in a Kuybyshev (USSR) apartment. To the outsider, she has everything. But Gitel hides a secret. She's a haunted woman: haunted not only by painful memories of the past, but also by the ghosts of her two sisters who died when she, by a mere quirk of fate, survived. And because she lives in the past, Gitel cannot embrace her future. To love, and to be loved in return, remains an impossible dream. October 13th, 1941, the Ninth Fort, Kovno, Lithuania. A horrified young Gitel watches helplessly as her parents and both sisters are murdered in the extermination camp at Kovno, Lithuania. She is standing alone, frozen with terror. Since that day Gitel has received 'visitations' from her two dead sisters, Zelde and Chayke....